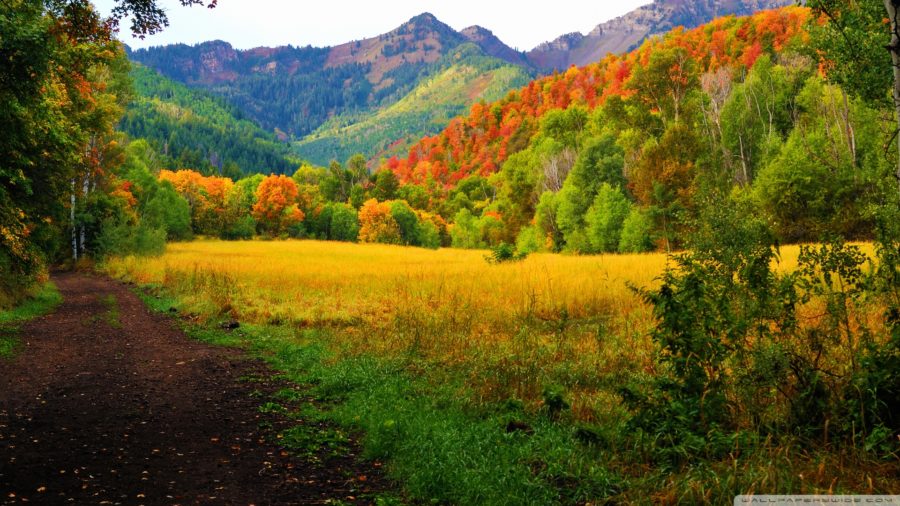 These three formerly-confidential reports were leaked to the public this week.

They were presented to Elder Uchtdorf by Elder Marlin K Jensen back in 20131. Elder Uchtdorf’s “doubt your doubts” talk2 was probably heavily influenced by the information in these reports.

They indicate that the LDS Church’s version of its own history is, at times, “highly differentiated” with the truth. Of course, many people who have left Mormonism already knew that3, and most of us suspected that the higher-ups in the Mormon Church know that as well – it’s just really interesting to confirm it in a confidential Mormon document.

It’s also interesting that — in spite of these documents — the LDS Church hasn’t changed its narrative much in the last 5 years. In fact, they seemed to have doubled-down — proclaiming that they are telling the truth and that critics are not.

You should definitely read these reports on your own, but here are a few quotes that really caught my eye.

Strategy: Inoculate current membership and future generations by closing the gap between our historical narrative and factual history.

I’m jumping right to the punchline with this quote. I find it fascinating. I’ve suspected for years that the Mormon Church’s strategy has been to “inoculate” members to distasteful information. It’s so interesting to see that that is exactly what this report recommends.

“Inoculation” in this context means to change information slowly and quietly so that most people hardly notice it. As this happens, some followers are bothered by the changing “facts” but since everyone else seems to be okay with it, most adjust their beliefs over time (like the Emperor’s new clothes, or the How to Boil a Frog metaphor4). Another term for this is gaslighting5.

I think it’s incredible that this report actually recommends this dishonest approach as a viable way of handling this issue. (No wonder these documents were confidential.)

Many believing members disregard disturbing historical and doctrinal claims as “anti-Mormon lies” that have no merit or are exaggerated to the point of lunacy. While there are plenty of unfounded claims against the Church, many of the most prominent anti-Mormon claims have been verified by faithful Church historians as having merit.

Did you catch that? Many “Anti-Mormon” claims “have been verified”! I knew that. I just wondered if they knew that since they claim to be representing their history accurately. This report makes it clear that they are not on the side of truth in many respects and then suggests a strategy of inching closer to the truth. Wow!

For the first time in our history, the Church can no longer control its own message—and, therefore, its own narrative—to its membership. For a religion focused so heavily on its history, the uncorrelated presentation of Church history via the Internet and social media are proving to be a “disruption” for today’s Church.

The statement “the Church can no longer control its own message” implies that they have controlled it (and manipulated it) in the past6. This has gotten the Mormon Church into a pickle today since people today have access to accurate information. To say that many people are bothered by this discrepancy (and the denial of it) is quite an understatement. (This is mentioned quite a bit in these reports.)

Through the Internet, our members now have access to uncorrelated Church historical data, details, and doctrine that vary—and sometimes conflict—with our traditional LDS narrative.

That word “uncorrelated” appears throughout these reports. I know that the Mormon Church uses the word “correlated” in a funny way to mean a curriculum that is coordinated throughout the many classes on Sunday meetings, but this sounded different. I think that in this context, “uncorrelated” means information that doesn’t match or “correlate” with the traditional Mormon narrative.

Such sites have drawn increased traffic as Mormons turn to the Internet to find answers to controversial questions about Mormon history and traditions that the church does not address.

At the onset of a Faith Crisis, many members search LDS.org for answers to their concerns. However, many troubling historical issues are not addressed substantively on the Church’s websites or in its curricula.

…we believe this ethnographic study provides an undeniable link between issues related to Church history and loss-of-belief.

They’re right in my case. Discrepancies between traditional Mormon history and actual history were the nail in the coffin for my faith in Mormonism. I know many other people who also fall into this category.

Yep. Many people were temple-worthy when they decided that they could no longer believe (myself included).

For many, it’s not only the historical issues themselves, but the sense of betrayal that accompanies the discovery of new information that contradicts previous beliefs.

Yes! This is such a common sentiment. The overwhelming thought I had after discovering real Mormon history was that I had been deceived, betrayed, and manipulated.

For example, Comedy Central’s South Park aired an “All About Mormons” episode in which they describe the translation method of the Book of Mormon (along with other historical oddities). While many members who watched the episode rejected it as outright fabrication, many members were disheartened to later learn that much of what was depicted by South Park was more historically accurate than what is taught in our curriculum.

The lack of official LDS acknowledgment of difficult issues—and the lack of clear position statements—often aggravates and discourages those suffering from Faith Crisis.

Here are a few telling quotes from some of the people they interviewed:

I feel like I cannot trust the general leadership on any spiritual issues because they cannot even be honest and open about our past.

The Church needs to be honest with its history and contradictions…instead they make us who have discovered the complicating facts look like the evil ones. I am shunned by my family. They think I am a liar and a deceiver when it is the Church and general authorities who have deceived us.

Our Church leaders should say:

For those who disclose their Faith Crisis doubts, many report feelings of “social excommunication” from LDS family and friends.

Over fifty percent of active members in Faith Crisis report moderate to severe cost to relationships and their individual emotional health.

Too often families, friends, spouses, and members label our Faith Crisis members as pariahs and avoid them like the plague—even when they’re just at the questioning stage.

Once a struggling member starts heading out the proverbial Church door, we members often make sure to slam the door firmly behind them.

Strategy: Counsel families to stay together and support each other despite Faith Crisis issues.

My wife brought this up the other day. This bothers me most of all and I wish that they would follow the strategy mentioned above.

The Mormon Church’s dishonesty in this regard has created tremendous suffering for so many families. Marriages have been strained (some to the breaking point) because spouses believe that their husband/wife has been deceived and isn’t righteous. Friendships have ended. Careers have been thwarted. Degrees put on indefinite hold by Mormon-run schools.

The Mormon Church has the ability to end this suffering by telling the truth, but they would rather let it continue, for the sake of preserving the Church’s image.

I think that stinks.

The writers of these reports understand that this is a big problem for the Mormon Church and they try to convey it clearly to the readers (apostles and Church auxiliary leaders).

Unless something is done to address the issues and concerns raised by these personal narratives, the Church also faces a crisis.

It would be foolish to dismiss these stories as coming from Latter-day Saints who are rebellious, unrepentant, or uncommitted.

Not since Kirtland have we seen such an exodus of the Church’s best and brightest leaders.

The majority of those who completely disengage from the Church do not submit resignation letters.

The report mentions this to warn readers not to be fooled by statistics of resignation letters. The actual numbers of apostates are higher.

It will not serve us well if we have “Faith Crisis deniers” in the same way we now have climate change deniers.

Our Faith Crisis research team believes the long-term health and vitality of the institutional Church are at risk. Immediate, bold, and innovative action is needed to address the threat posed by Faith Crisis.

The information that Mormons are learning is powerful! Once Mormons learn it, they tend to never return to “True Believer stage” again.

If the Brethren and the institutional Church can set the example that it is possible to face troubling issues openly and honestly, it will enable members, weak and strong, to do the same. The alternative is to continue to pretend these issues do not exist and to be defensive about them, and thus continue to lose some of the Church’s best, brightest and most spiritual members.

Oh man, wouldn’t it be so nice to hear them come 100% clean and say, We are committed to the truth — no matter what. It turns out that the history of our church is different than what we have taught in the past. We’re so sorry about that. I wish they would follow this advice, but they have very clearly chosen another path.

Urgency is needed. But it should also be acknowledged that there is a risk in publicly recognizing that such Faith Crisis issues exist. Some saints who might never know these faith-eroding issues may become vulnerable when these issues are publicly examined.

These quotes demonstrate the very real dilemma that the Mormon Church currently faces. Many of the “best” and “brightest” Mormons are leaving the faith because of “uncorrelated” information. More damaging is the fact that the Church continues to hide and deceive with regard to this information.

But how do they solve it? The problem will only get worse if they continue to stick with the broken and whitewashed narrative. On the other hand, if they come clean all at once, it could cause a sudden mass exit from the Church. Damned if you do, damned if you don’t.

It seems that the Mormon Church has chosen middle ground: to inch its way to the truth rather than to come clean quickly by taking responsibility for discrepancies.

I think that this is immoral. Families are being torn apart and the Mormon Church could end that suffering if they would only be honest. For now, they’re not willing to do this. It seems that they believe that saving face is more important.

I also think that this is the wrong move strategically. In the information age, the best way to handle a PR crisis is through painful transparency7. A few will hate you in the short run but most will respect you all the more in the long run. People are forgiving.