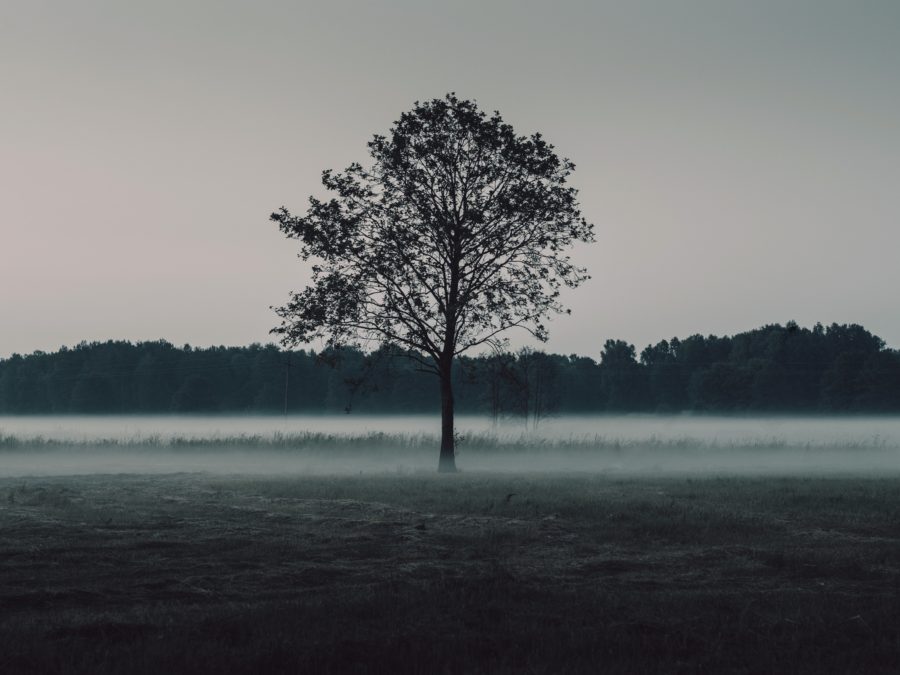 Mormon Scholars Encouraged to Lie for Their Faith

In 2017, Thomas A Wayment, a professor at BYU’s College of Religion, wrote a paper concluding that Joseph Smith copied much of his “Joseph Smith Translation1” directly from another source2.

Back in November, another religion professor at BYU, Brian Hauglid, posted a pretty interesting comment on Facebook where he abandons his former apologetics3 and calls his colleagues’ “scholarship” on the Book of Abraham “abhorrent”4.

Of course, disagreement, change in thought, and even feuds do exist among scholars in the same field (and even the same college). This is a necessary part of science and discovery, as long as there’s a commitment to integrity, objectivity, and to the facts.

But things don’t quite work that way at BYU’s college of religion.

Shortly after Hauglid’s Facebook post, Mormon apostle, Jeffrey R. Holland, visited the Maxwell Institute to address the “Elephant in The Room”. After reminding them five times that he represents the group that keeps them employed, he made it clear that they were to favor their commitment to the Mormon Church above all else. He implied that there will be consequences for highlighting facts or for drawing conclusions that don’t favor Mormonism, and that there will be no consequences for publishing “mistakes” as long as the conclusions favor faith in Mormonism.

In essence: faith over the facts. Of course, this places scholars in a very compromised position5.

Skipping to the most jarring part:

Here are a few of the most telling excerpts (in case you don’t want to watch the whole thing):

Of course, the missions of the Church and BYU are not identical, but their missions certainly can never be at odds with each other.

If you work at the Maxwell Institute, you must never come to any conclusion that contradicts the Church. Instead, your “scholarly” conclusions have already been made for you. Your job is simply to support those conclusions.

But not all truths are of equal importance…

This displays Elder Holland’s justification for hiding certain things that happen to be true.

Sure, certain facts are less important than others. The problem is that the facts that the Mormon Church has omitted have turned out to be very important to a lot of people6.

A sure sign of an abusive organization is when it seeks to do the thinking for its followers. When it decides which truths to share, which to hide, and which to manipulate.

…in using the disciple-scholar metaphor—that hyphenated noun Elder Maxwell left us as part of his marvelous linguistic legacy—the spiritual half of that union was always the more important. ‘Though I have spoken of the disciple-scholar,’ he said, ‘in the end all the hyphenated words come off. We are finally disciples—men and women of Christ.’

Elder Holland is acknowledging the difficult position he’s creating for scholars at the Maxwell Institute. As scholars, they naturally want to be honest, and let the facts lead their conclusions (rather than the other way around) but what do they do when the facts don’t favor their religion7?

Elder Holland’s solution: If you work at the Maxwell Institute, you are not a scholar, you are a disciple-scholar (which just means disciple). Clearly, they must favor their religion over the facts.

After speaking of the commitment to neutrality and objectivity declared by religion programs at other universities, he said:

…I would be the first to oppose such an effort on this campus if all it meant was a thoughtful exploration of our religion’s “richness” or its “intellectual substance” or its “historic resilience.” That would be what your review team called “a secular premise which [Latter-day Saints] will find philosophically troubling.” Certainly your trustees would find it troubling.

Personally, I find Elder Holland’s disdain for objectivity troubling. If a position can’t stand when the ground is neutral, how strong is that position, really?

Maybe I’m reading too much into this but that last sentence sounds a bit like a threat — especially since his next words were: “Now, take a deep breath and smile”. It sounded as if, when he wrote the talk, he anticipated the tension that would be in the room. I know that I’d feel tense if my employer told me that he would be unhappy unless I came to some pre-determined conclusion.

…it [doesn’t] have to come down to a choice between intellect and spirit. In a consecrated soul… they would be aligned beautifully, a perfect fit, a precise overlay. But if it did come down to a choice, it would be faith—the yearning, burning commitment of the soul—that would always matter most in the end.

Translation: If you had a “consecrated soul” then you wouldn’t have to choose between your honesty as a scholar and your dedication to the Church. (I.e. it’s your fault that you’re having trouble with this.) But just in case you’re not a consecrated soul and you have to choose one over the other, then you must choose the Church over your own reasoning and objective understanding.

You must choose your church over honesty.

Next, he made an attempt to establish a scholarly precedent for this type of thinking by referencing the work of two people I’ve never heard of (Levenson and Prothero):

In Levenson’s mind there is a difference between common ground and neutral ground. He feels that a position that studiously pursues strict neutrality by ‘bracketing’8 will miss the chance for genuine, even profound, dialogue on matters of common interest. On this I stand with Levenson and Stephen Prothero, who has recently become a friend. Stephen said fifteen years ago that bracketing one’s personal faith, its truth claims, and moral judgments has cost scholars credibility with readers because, as he says, no one knows exactly where authors are coming from ideologically.

I’m not familiar with Levenson or Prothero but I doubt that they were arguing that scholars who profess a given faith should avoid objectivity and attempts to minimize inherent biases. And I doubt that they would condone anyone drawing conclusions before they have the facts or supporting those conclusions in spite of the facts. My guess is that they were saying that it’s okay for scholars hold certain biases but that they lose credibility when they don’t state their positionality upfront. That’s very different than what Elder Holland is saying.

And now the kicker:

Friends, what we are asking you to do is difficult, demanding, among the stiffest challenges we could give you. We know you can’t be credible in every circle if you are seen as lacking scholarly substance and categorically defensive all the time. But neither can you afford ever to be perceived as failing to serve the larger, faith-oriented purposes of the Church. All we can ask is that you pray and fast and strive and sweat to find your way through. Then, if there be error, let it be on the side of your covenants and faith convictions. I promise the board won’t return in five years—or ever—and come down on you, saying you made a mistake in doing so.

Wow. He actually said that.

This is not ethical9. It’s not honest.

If the research that comes from the Maxwell Institute had any credibility before, it won’t have much after this. How can peers regard anything coming from that institute as trustworthy again10?

After reading this speech, I decided to visit the Maxwell Institute’s website to see how this jives with the mission statement on their “About Us” page. This is what I found two days ago:

The Neal A. Maxwell Institute for Religious Scholarship seeks to build bridges of understanding, to increase religious literacy, and to explore and experience the relationship between faith and reason, religion and scholarship.

That sounds okay. Building bridges of understanding is pretty vague, but increasing religious literacy is good. The relationship between faith and reason is interesting, as long as faith doesn’t override reason and lead you to do dishonest stuff like hiding or misrepresenting information (which has happened a lot). Overall, that’s an okay mission statement for religion program from a religious university, but Elder Holland seems to be bending toward something different altogether.

I visited the Maxwell Institute’s website again yesterday, and noticed that the mission statement had changed:

The Maxwell Institute both gathers and nurtures disciple-scholars. As a research community, the Institute supports scholars whose work inspires and fortifies Latter-day Saints in their testimonies of the restored gospel of Jesus Christ and engages the world of religious ideas.

Things have changed a bit. Now they use Elder Holland’s “disciple-scholars” term, which, as Holland said, just means “disciple”. At least they’re not hiding their intentions anymore: the Maxwell Institute exists to support Mormons in their faith. Period. Only apologetics is allowed. No more real scholarship. Their purpose is to support the Church. That’s it.

Scholars who like to collect the facts before they draw their conclusions will be frowned upon at the Maxwell Institute (and quite possibly fired). People like Hauglid and Wayment at the Institute are on notice. Conclusions and statements like theirs are now “troubling” to the people who keep them employed.

On the other hand, people like Muhlestein and Gee have been vindicated. This type of philosophy is the only one that will be allowed at the Institute:

My guess is that current professors at the Maxwell Institute will either 1) get in line, 2) find other employment or 3) be forced out. Future professors who value objectivity, reason, and facts will choose other schools.

Elder Holland referred to the “board of trustees” five times and his position as an apostle four times. I think this is a warning to the objective scholars at the Maxwell Institute: you can’t ignore this message without consequences. I’d be worried about my job if I were Hauglid or Wayment.

I’m told by friends that I shouldn’t be surprised by this speech11, but I am. I guess I assumed that this was the way they did things internally. I’m shocked to hear Elder Holland blatantly telling scholars at BYU’s school of religion to trade their scholarship for discipleship, their integrity for faith.

The days are behind us when we imprison or execute people for publishing ideas that contradict the dominant religion12. But while the punishments have changed, the methods and the mentality can still be found in some places, like BYU.

Galileo13 would be very familiar with this sort of thing, but I’m sure he wouldn’t be very happy that it still exists 277 years later.

“As Transparent as We Know How to Be”

The Mormon Church’s Advice for Dealing With “Doubt”