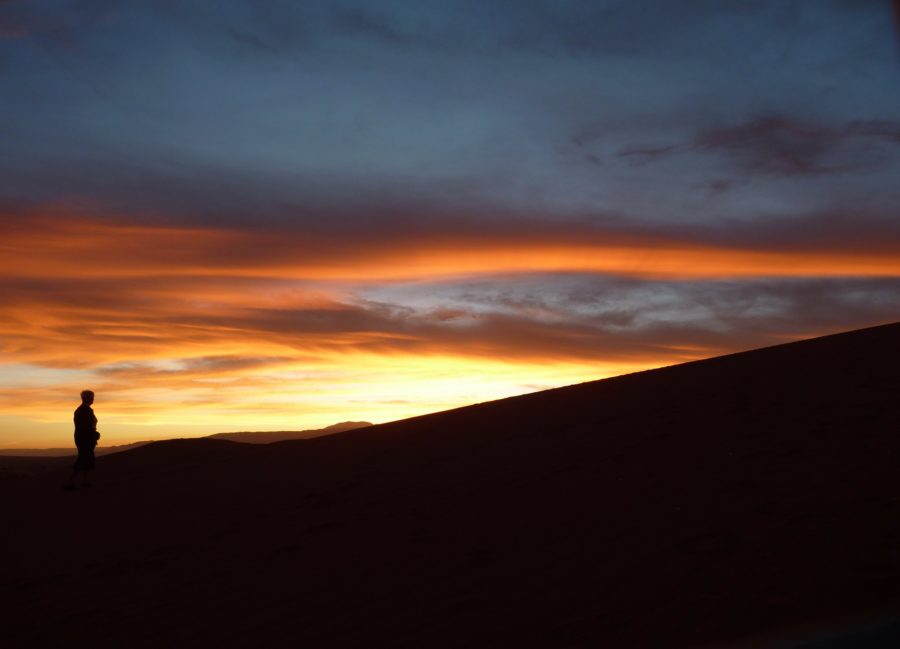 Mormons are taught that they are given a special gift. Only they have it. They call it the Gift of the Holy Ghost. They believe that God directs the members of His church with this gift, and are told that if they’re worthy, they will always have it.

And since the impressions that come from the Holy Ghost are God’s own voice, Mormons are taught to always seek its guidance and to trust it and follow it.

I was a firm follower of this belief for many years. Today, I believe that the spiritual experiences Mormons have aren’t unique to Mormonism and that, while these (and other) emotions can inform us and guide our decisions, we should never allow them to override reason.

Mormons are taught to “let the Holy Spirit guide” their lives and their day-to-day decisions. They believe that God reveals things to people, and particularly to Mormons, through the Holy Ghost, by way of thoughts and feelings.

The feelings, which are especially emphasized, are described in a bit of a nebulous way, so identifying them and distinguishing them from regular human emotion is a hot topic. Some call Holy Spirit emotion “a burning in the bosom”. Others say they can feel hot or cold all over their bodies. I identified it as a feeling of peace, comfort, and security. It often caused me to have goosebumps or to cry.

It was quite a moving experience to believe that God, the creator of the world, was speaking directly to me at that very moment.

Mormons believe that while all of God’s children can receive guidance from God, He reserves special guidance for Mormons1. It is only Mormons who have entered the path that leads to eternal life. They believe that only they have been chosen to be a peculiar people and to be a light to the rest of the world.

For this reason, they need some extra-special attention.

When I was a Mormon I loved to tell stories about how the emotions people feel about the Mormon Gospel are unique and more special than any other emotion. That way I could rationalize that the emotions came from God — that they were His way of telling people that Mormonism is the one Truth.

Of course, it’s impossible to prove that one person’s emotions are more valid, or more powerful, or more special than another’s, but it’s also difficult to disprove (which Mormons use to their advantage).

But when I looked around a bit, it became clear to me that people from all faiths say almost identical things about their spiritual experiences. It’s not difficult to find people from all faiths who have felt deeply touched, or moved to tears, or who speak of a “knowing” deep inside that theirs is the correct religion.

This video explains it better than I could (apologies for the guy’s corny voice):

Mormons have received some important direction in regard to “the Spirit” (another term for the Holy Ghost).

As a Mormon, I prayed many times a day for the Holy Ghost to be with me. I studied the scriptures and visited the Temple to give opportunities for the Holy Spirit to reveal things to me. It was frequently on my mind, and when it wasn’t, it was always in the background of my thought. I sought God’s input, through the Holy Ghost, in all the important aspects of my life (and many of the unimportant ones too).

Emotion is an important part of our lives. There’s even some strong evidence that without it, our decision-making skills would be severely impaired.

…people make judgments not only by evaluating the consequences and their probability of occurring, but also and even sometimes primarily at a gut or emotional level.

Of course, we shouldn’t shun our emotions or our gut instincts. They inform us about ourselves and even about the world in a way that logic can’t.

So, I believe that my emotions can give me direction and help me make better decisions.

But, I need to make sure to keep them in the proper priority.

Mormon sermons frequently throw doubt on logic and reason. The message they give is that our own reason can lead us astray but God’s reason cannot. We can fool ourselves, but God will never fool us.

So, the thinking goes that we should trust the emotions that come from the “Holy Spirit” over our own abilities to think and to solve problems.

But when I am left to myself, I have no power, and my wisdom is foolishness; then I cling close to the Lord, and I have power in his name.

If our faith is rooted in the sandy soil of reason and logic, it will be swept away by a rising tide driven by the escalating winds of opposition.

…my ways higher than your ways, and my thoughts than your thoughts.

Sure, if the good and loving Creator of the world really is speaking to us, we can probably trust it and follow it. The trouble is that humans are really bad at discerning what is God’s voice and what isn’t.

I met a man on my Mormon mission whose pastor told him that he needed to give his house to their church. He faithfully did so, but was later distraught to find out that the pastor did not have honest intentions.

He must have felt moved emotionally to do what he did. He must have believed those emotions were from God, but he was fooled.

My brother met a man in Ohio somewhere who was wearing a shirt or hat proclaiming the end of the world. This man was sure that Jesus would return with great destruction on May 21st, 2011. (Like these people.) My brother spoke with him for some time and asked him what he would do if the world were still around on May 22nd. The man said that he was “all in on this one”. If I remember correctly he had sold his house and was making some sort of preparations. My brother noticed that he had a wife and large family with him.

What’s the difference between the faith of these two men and the faith that I had as a Mormon? Would I have given up my house, moved my family, etc if the Mormon Prophet asked me to do them? Sadly, I’m almost certain that I would have. I think these men would have been better off if they’d not allowed their emotions to trump reason in the first place.

The prophet will never lead the Church astray… The prophet is not limited by men’s reasoning.

I once asked a man who was a President of the Quorum of the Seventy how he could rationalize such things as Joseph marrying his own adopted daughter3 behind his wife’s back and marrying women who were already married4. He solemnly told me he was aware of these issues but that he “had received a witness” so he “knows the Church is true”.

What he was really saying was that he’s comfortable trusting emotion over reason in this situation. This is in lockstep with the teachings of Mormonism.

But how far is it okay to apply this thinking? What would you allow yourself to believe or to do because you had “received a witness”? Is anything justified? Or is there a point at which you would start to question that witness?

Emotion is an important part of our lives, but I believe we’re on dangerous ground if we allow it to override reason.

Leaving the Church Isn’t the Easy Way Out